For our second installment in the My Favorite Route series we introduce Sarah Gates from the Cycle Oregon Board of Directors. She holds a degree in Mathematics, an MBA, and a Masters of Analytics which, when combined with Cycle Oregon participation beginning in 1989, means she has studied a lot of riding route data. This is not to say her determination is simply a cold running of the numbers, Sarah’s favorite route comes from the soul of a rider as you’ll discover below. Thank you, Sarah!

To pick a single route as my favorite is as difficult as picking a favorite song. It always depends, and maybe that’s a mood thing. But one that hits the high

notes for me every time is riding around Crater Lake. Views that change with every turn, enough climbing to make you notice, and a glorious non-stop-yahoo descent back to camp. Always a perfect day on a bike.

I first rode up to Crater Lake during Cycle Oregon II and have returned many times over the years on my own and with friends. In 2019, Cycle Oregon brought us back to Crater Lake for Day 5 and it exceeded expectations. Doesn’t it always? The sun was shining. I’ll say that again – The sun was shining! We’d had three days of wet riding kicking off the week so not putting on rain gear that morning added double bonus points. Everyone was in a great mood for the ride that day, especially me.

We climbed gradually from the start out of Diamond Lake and then turned into the North Entrance Station. After a steady 15-mile climb up out of the trees we hit the rim road. We were blessed with little wind, no clouds, no smoke, relatively new pavement, and light traffic. Triple Bonus points!

There have been times on this route when I didn’t want to stop because of cold or wind but on this day my attitude was the complete opposite. I wanted to stop at every single pullout to enjoy the view, notice the flowers, and talk to people. I’m typically a ‘keep-it-rolling-get-’er-done’ type rider, but not this day. 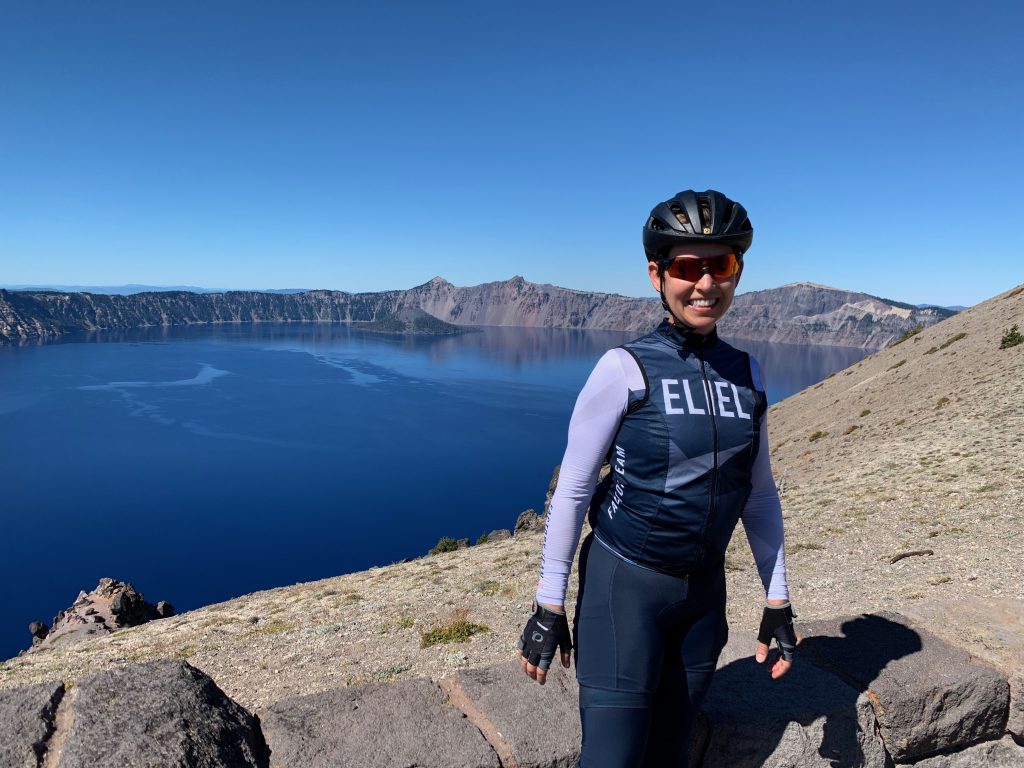 For those who haven’t ridden the route, it’s a lollipop course. Up, around, and back down the same way you came up. Upon arrival at the top of the approach climb you turn left onto the candy-sweet rollercoaster rim road for the next 30 miles. You could take a right and ride counter-clockwise but no one seems to do it that way. (ed. – Clockwise is the more enjoyable route direction, in our opinion.)

The singular option along the rim route is whether to pop up to Cloudcap Overlook for extra credit. I did and it’s worth the extra little bit of climbing. At 8,065’ this is the highest paved road in Oregon and the view is spectacular. None of the climbs, in my opinion, are overly steep and strenuous beyond reason, none of the descents overly technical – as Mary Poppins would say, practically perfect in every way.

One of my favorite parts of the route is about two-thirds of the way through the lap around the rim. Just after the Phantom Ship overlook,(yes, I stopped to enjoy the view!) you climb up along an alpine meadow with views of Klamath Lake and the mountains to the south. You feel very small on top of a very big big mountain because of how exposed the area is but it’s such a beautiful feeling of connectedness.

There’s a quick reward of a fun roll down to the ranger station to refuel (and use a real bathroom!) before the last climb to the rim road entry where the lollipop began. You might think the rim ride is the only sweet part of the ride but a 15-mile descent–in the sun, after a snack, with a guaranteed glorious sunset, a beer, and a hot shower waiting–is what makes this not just a fun route but my favorite route. 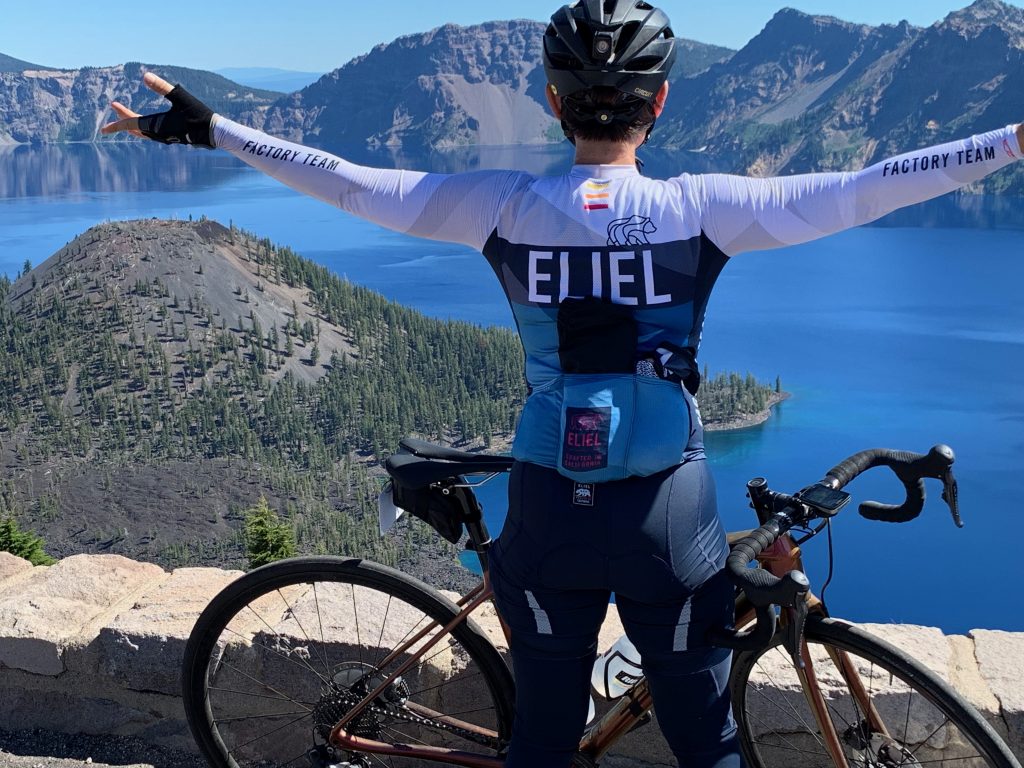